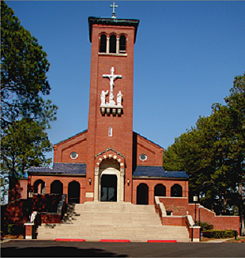 The City of St. Jude
Most famous for its role as the final campsite during the Voters’ Rights March from Selma to Montgomery in 1965, St. Jude was also the site of the Stars for Freedom Rally, a concert organized by Harry Belafonte and held on the final night of the march that included an array of famous musicians and artists including Sammy Davis Jr., Tony Bennett, Joan Baez, Peter, Paul and Mary, and the Staple Singers, amongst others. From this location the marchers would be joined by thousands as they completed their final steps towards the Alabama State Capitol. King and other leaders of the Civil Rights Movement drew great inspiration from the power of peaceful marches in persuading political thought and as a tool in creating social change. Amongst the marches that they drew inspiration from was the Salt March in India organized and led by Mahatmas Gandhi. This 24 day march through western India was held in protest of the British tax on salt produced in the region and a monumental step in India’s quest for independence from Great Britain. For others around the world, it was a milestone in proving the power of civil disobedience as a tool in creating social reform.
Details 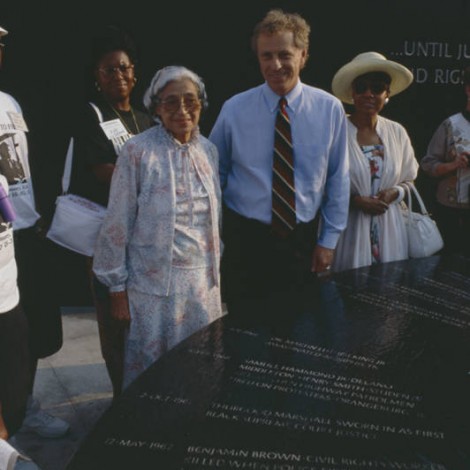 Civil Rights Memorial/SPLC
Designed by Maya Lin, the famed artists who also designed the Vietnam Memorial in Washington D.C., this memorial lists the name of all those known individuals whose lives were lost during the Civil Rights Movement. Through the integration of flowing water and Dr. King’s inspiring words, this serene spot is a great location for reflecting on how far we’ve come and how far we still have to go. Many countries have created memorials, peace gardens, pilgrimages and trails that honor nonviolent resistance and human rights struggles worldwide. Some examples include the Ammergau Alps Meditation Trail in Germany, the International Peace Garden Foundation, the World Peace Caravan (Jordan to Jerusalem), the Discover Peace in Europe Project, the Alabama Civil Rights Trail and now the Peace Within Trail.
Details 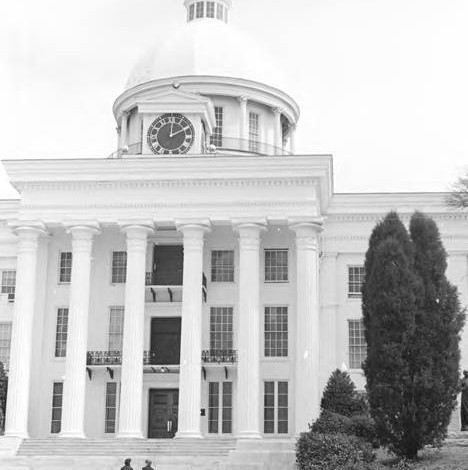 Alabama State Capitol
It was these capital steps that would become the final destination for marchers following a three day trek from Selma during the Voters’ Rights March. From these steps Martin Luther King, Jr. would go on to deliver one of his most notorious speeches, How Long, Not Long, “...because the arc of the moral universe is long but it bends towards justice.”
Details 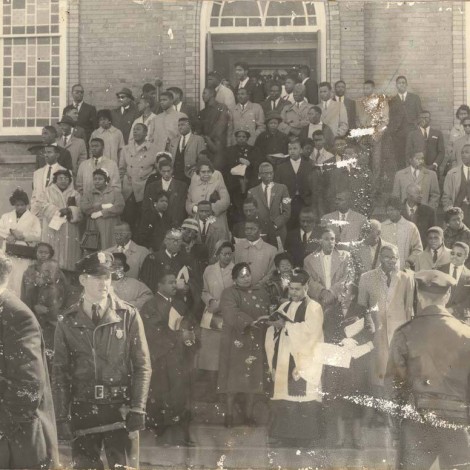 Dexter Avenue Baptist Church
It was from this historic pulpit that a young Martin Luther King, Jr. began his career as a pastor at the age of 25. It was during his tenure here that he would also successfully lead the Montgomery Bus Boycott, the first of many non-violent protests that he would go on to organize during his lifetime. It was during his tenure as pastor of Dexter Avenue Church that King began studying the philosophies of Mahatmas Gandhi and would ultimately go on to discover the theory of satyagraha (meaning truth or soul-force; love force), a philosophy that greatly influenced King and his belief in the power of nonviolent resistance as a tool in creating social change.
Details 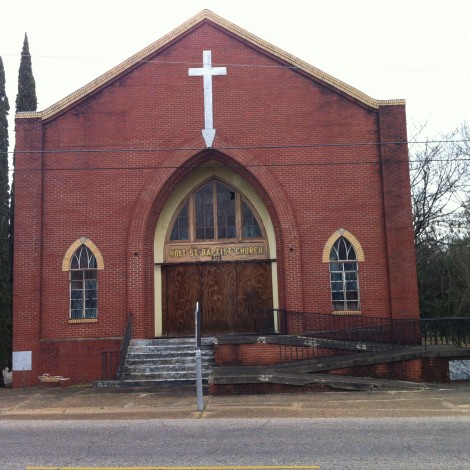 Holt Street Baptist Church
This historic church was the location of one of Martin Luther King Jr.’s first major speeches, an address he gave to an estimated 5,000 people on the eve of Rosa Parks arrest, day one of a 376 day protest that ultimately led to the desegregation of buses in Montgomery, Alabama. Mass meetings, boycotts, marches and other tools of nonviolent resistance used during the US Civil Rights movement and inspired by the works of Gandhi were revived in the 1980s in Poland (the Solidarity movement), Chile, the Philippines, Palestine (the Intifada movement), China and Burma (Aung San Suu Kyi).
Details

Mt. Zion AME Church
It was at this historic church that the Montgomery Improvement Association was formed, the group responsible for organizing the Montgomery Bus Boycott in 1955. 10 years later this church would also become a resting place for marchers as their neared the end of their three-day walk from Selma during in the Voters’ Rights March. Mass meetings and the passive resistance campaigns led by MK Gandhi in South Africa in the early 1900s forged a new form of struggle against oppression that became a model for political and ethical struggles in other parts of the world, particularly in India and the United States.
Details 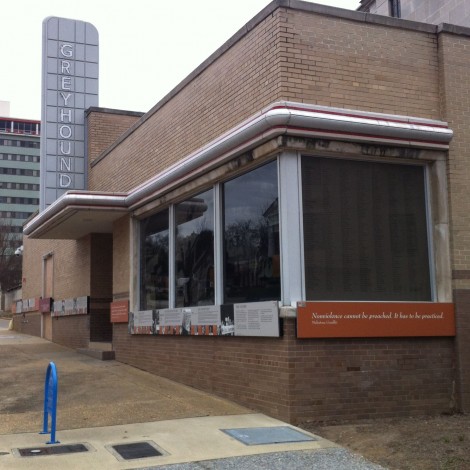 Freedom Rides Museum
Located in Montgomery’s historic Greyhound Bus Station, this museum features an interactive video exhibit, art exhibit and more to commemorate the 1961 Freedom Rides—public bus trips undertaken by racially integrated groups through the Deep South to test the enforcement of a newly enacted court order prohibiting segregation in interstate bus terminals. When the riders stopped in Montgomery on May 20th, 1961, instead of the local police who were ordered to provide protection, they were met by a white mob of 200, armed with baseball bats and clubs. Riders, reporters and others were beaten so badly in that many of them sustained permanent injury. When the police did arrive they delivered an injunction to the riders barring them from continuing the Freedom Ride in Alabama. In 1965, the Student Action for Aborigines (SAFA) from the University of Sydney in Australia were inspired by the American Freedom Riders to travel around New South Wales on their own Freedom Ride to challenge the segregation and discrimination of Indigenous Australians.
Details 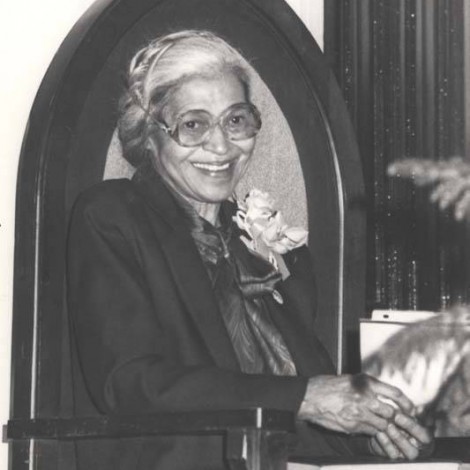 Rosa Parks Museum
First, the Children’s Wing takes you back through time to understand significant events in African-American life that led up to the Bus Boycott. Then you make your way through the dynamic museum where you can experience the energy and emotion of the Montgomery Bus Boycott. The museum features a recreated street scene and reenactment on the bus with video footage that transports the witnesses back to December 1, 1955 when Mrs. Parks was arrested. A 2010 exhibit in Nelson Mandela's home village of Qunu in the Eastern Cape of South Africa called "Dear Mr. Mandela...Dear Mrs. Parks" features letters from hundreds of children from around the world who express their reverence of and curiosity around the two human rights activists. Both Nelson Mandela and Rosa Parks were deeply concerned with youth and they had occasion to meet each other in Detroit when Parks welcomed Mandela in 1990 during his US tour after his release from South African prison.
Details 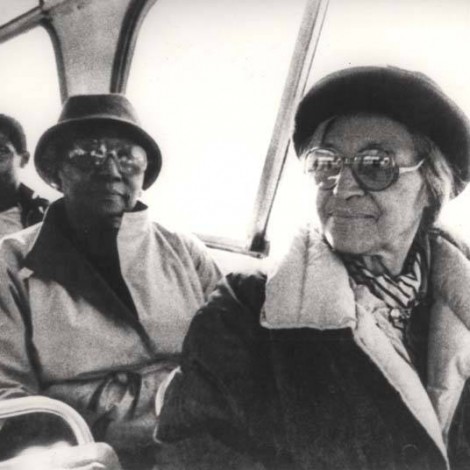 Rosa Parks Bus Stop
At this site off Court Square, on December 1st, 1955, Mrs. Rosa Parks boarded a bus and then refused the bus driver’s order to give up her seat to boarding whites. The “first lady of the civil rights movement” prompted the arrest, conviction, and fine that launched the Montgomery Bus Boycott. The Boycott began on December 5th, the day of her trial, as a protest by African-Americans for unequal treatment they received on the bus line. Dr. Martin Luther King, Jr. led the Boycott, which is considered the beginning of the modern Civil Rights Movement. The Bristol Boycott of 1965 in Britain was inspired by the Montgomery Bus Boycott and led to the eventual passage of the British 1965 Race Relations Act. On August 28th, 1963-- the same day that Martin Luther King, Jr. delivered his "I Have a Dream" speech in Washington, DC--Bristol Omnibus Company declared a change in policy, stating that there would be complete racial integration on the buses. By September of that year the company had its first non-white bus conductor.
Details 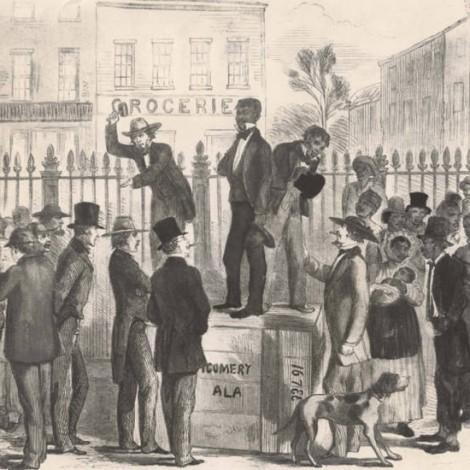 Slave Market
Enslaved people who arrived at the riverfront were paraded up Commerce street to be sold in the city’s slave market which was at the Artesian Basic (Court Square). Slaves of all ages were auctioned, along with land and livestock, standing in line to be inspected. Auctions were traumatic and degrading events, as people being sold were put on display before an audience of white men and sold to the highest bidder. In 1859 the city of Montgomery had seven auctioneers and four slave depots. When Alabama seceded from the Union in 1861, slaves made up 45% of the total state population.
Details 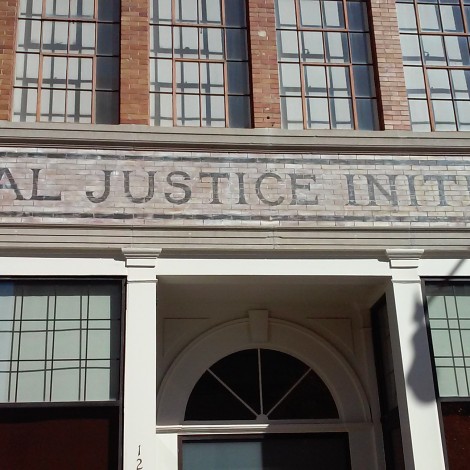 Equal Justice Initiative
The Equal Justice Initiative is a nonprofit that provides legal representation to indigent defendants and prisoners who have been denied fair and just treatment in the legal system. EJI works with communities that have been marginalized by poverty and discouraged by unequal treatment. At EJI’s location, 122 Commerce Street, there was a very large warehouse where slaves were confined after marching them up from the Riverfront and held until they could be sold at the slave auction site on Court Square or transported to a local slave depot.
Details 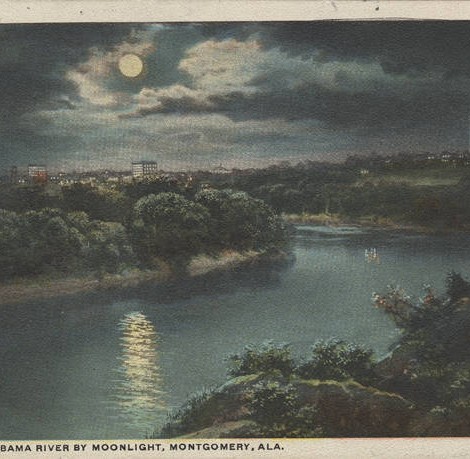 Riverfront Park
Prior to European colonization the banks of the Alabama River were inhabited by the Alibamu and Coushatta tribes. In the 1840s, steamboats carried slaves from Mobile and New Orleans up the Alabama River to Montgomery. Many African slaves first passed through the “door of no return” in places like Elmina, Ghana or Dakar, Senegal before being loaded up on large slave ships that eventually arrived in North America.
Details